Turn Your Walls into Projection Screens

The next generation of projection screens may be on the way. In a patent awarded to Google in April, the tech giant outlines a scheme for projecting images onto walls painted with photo-reactive paint.

The projection system would project light onto the wall, whose paint would then change from its current color into an image, likened in the patent to a computer’s screensaver. The image would remain until a new one is projected. Quartz staffer Mike Murphy cheekily compares the idea to the window-shade projection screen from 1989’s Back to the Future Part II. The technology could potentially be used to project images reflecting the weather outside, seasonal decorations (think cobwebs for Halloween, tinsel for Christmas), or even up-to-the-minute sports scores and highlights.

With more and more people “cutting the cord” and ditching their cable subscriptions, it may not be a stretch to see the projection screen technology as signaling Google’s vision for a post-TV home video market. The patent, of course, does not guarantee that a product based on this technology will be developed. When asked for a comment on the patent, Google responded by noting: “Prospective product announcements should not necessarily be inferred from our patents.” 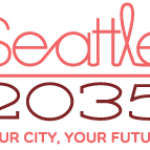