The Latest on Mother-In-Law Units in Seattle

I often have homeowners ask me what it would take to turn their unused garage into an apartment. Under the current zoning regulations, the city doesn’t allow that in single family zones. But things could be changing. Seattle moved one step closer in allowing a pilot program for allowing detached accesory dwelling units (ADU’s) to be built in Southeast Seattle. Two Seattle Planning Commissioners testified in favor of allowing the program at a June 27th public hearing held by the city council. Steve Sheehy and commissioner M. Michelle Mattox both sang the praises of allowing detached ADU’s on single family lots. This would allow a homeowner to turn their detached garage into an apartment, or build a new structure in their backyard that could be rented out. “Detached ADU’s generally provide lower cost rental housing options, an opportunity for homeowners to augment the cost of their home ownership, and provide housing for extended family members”. Both the mayors office and the planning commission are in favor of this program, now the city council needs to get behind it and get the south east Seattle pilot program rolling. Seattle’s DPD would be responsible for overseeing the program. 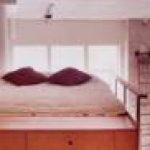