For the first time since the early 1980’s, analysis from the National Association of Home Builders(NAHB) predicts that the average cost and size of single-family homes in the U.S. will both decline, according to a NAHB report.

The average home size peaked in 2006 at 2,268  square feet and has seen a steady decline to 2,100 square feet, though for reasons different from the decline seen in the 1980’s.  Then, home sizes contracted because mortgage interest rates skyrocketed.

Today, the decline is an attribute born from tighter credit standards, a growth of first-time buyers, and especially energy efficiency.  Indeed, a smaller house means less to heat.

Along with the shrink in size, fewer amenities like three car garages, decks, and patios are making it into the average home’s final plans.  On the other hand, the number of bed- and bathrooms has remained steady, meaning more is being done with less along the lines of architect Sarah Susanka, author of The Not So Big House series.

The entire report is posted at NAHB.org/sfhstarts2009. 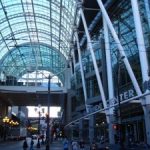