This week the Seattle Architecture Foundation is offering a chance to indulge your geekdom for both architecture and film. On Thursday, April 9 at 6:30 PM, Lower Queen Anne’s own Uptown Cinema will host a panel discussion called “Location, Location: Exploring Seattle Through the Filmmaker’s Lens.” Cinema is not only a crucial means of documenting the ways in which Seattle’s built environment has changed over time; film also offers a look at how narratives of the city have changed over time, from Hollywood’s golden age pictures to contemporary indie films.

Speakers at the discussion panel will include David Drummond, Randy Hodgins, Vicky Lee, and Owen Richards. General admission tickets are $15. Head over to the SAF’s website for more information on the event. 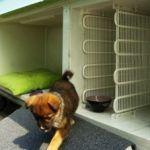 Get Money for Your Old RefrigeratorBlogs 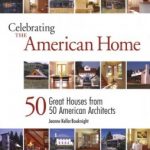 Five Ingredients for an Extraordinary HomeBlogs